First off, before I get into praising (below) the new Google AdWords’ Broad Match Modifier (BMM), let me state for the record that I have been extremely disappointed with Google’s “Expanded Broad Match” since it’s inception!

Well, when Google AdWords first changed their normal Broad Match keyword targeting to this Expanded Matching option, I half jokingly referred to it as their new Pay Per Click “Money Algorithm”. This term seemed to fit very well because this “Mo-gorithm” took perfectly good broad keywords and corrupted their individual intent by algorithmically matching them to many different words for the sake of displaying higher bidded terms over many queries, thus inflating competition for search impressions and causing AdWords advertisers to lose a substantial amount of control of their targeting capabilities.

Here is an example of the loss of control and “Expanded Targeting” that Google’s current broad match triggers:

The change to broad match targeting that resulted in the above example was done under the misleading (or misguided) pretense that Google would algorithmically know better than you, how to find and gauge the many different keyword combinations that your ads could and should be shown for. The theory is that once you have a list of broad match keywords, all you need to do is add negative keywords to eliminate impressions and clicks from unwanted search terms.

Well, not so, as discovering negative search terms tends to be a tedious process because Google’s own keyword tool will only show you some, and not even a majority, of the versions of the keyphrases that you need to consider. Then you have to monitor and data mine potential negatives out of Search Query reports. Only problem here is that you have to actually pay for a visit in order for the keyword to show up in these query reports.

Hummm, does that make sense to you? I’m just asking because I’ve never really understood it. This is just an idea, but maybe they should come up with a Search Impression Report that tells you the keywords that your ads are gaining impressions for that have yet to result in a paid visit. These reports would save advertisers an unimaginable number of clicks and at the same time help improve Google’s paid search results.

Today’s version of Expanded Broad Match might not even be that bad if it weren’t for one annoying little feature of the Money Algorithm: Low search volume. 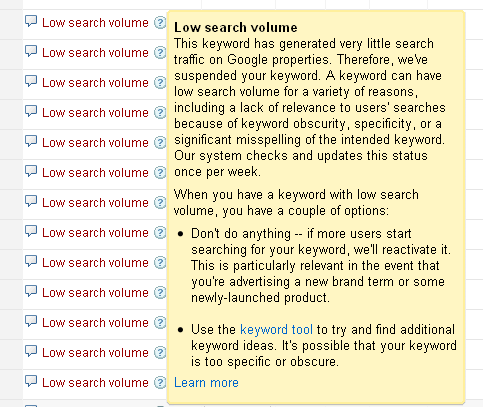 So if I understand this right, Google is telling us that our two options are to either:

The combination of Extended Broad Match and Low Search Volume is bad for most pay per click advertisers for developing and refining ad groups down to a micro precision level. 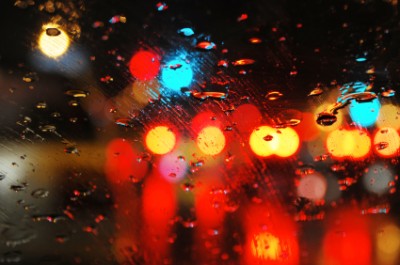 This is as bad of a situation as taking prescription muscle relaxers (loose keyword targeting), having a couple of drinks with dinner (loss of advertiser control) and then trying to drive home (desperate need to reach goal) on a dark and rainy night (blurry campaign conditions).

Sorry. That was the accumulation of many years of pent-up broad match frustration just waiting to come out. Now on to the good stuff…

In April we initiated a small paid search campaign for a niche manufacturing client who’s Unique Selling Point is their ability to customize their products for each customer. As expected, AdWords paid search traffic and ad impressions were low due to the highly targeted campaign that was developed. What made this campaign initially successful was the high conversion rate for the extremely target pay per click ads. 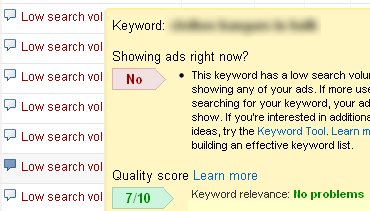 Lead levels were great when compared against ad spend and the campaign was producing very well. That all changed at the end of April when we ran into the dreaded Low search volume.

In no time ad impressions, clicks and leads that we were receiving for targeted keywords had dropped as many of our search terms became deactivated.

Did I mention this client is in Canada?

In May Google announced that the new Broad Match Modifier was currently only active to advertisers in the UK and Canada. Since we had just launched the campaign the month before, it was not part of our initial planning to test BMM for this campaign (as in not proposed and budgeted for). However, due the dramatic campaign down turn, some quick thinking and the willingness to experiment, we launched another complete set of keywords utilizing the new modifier.

The results were instantly amazing. The traffic volume almost tippled to a level that exceeded any previous one. Yea!

Goal conversion rates are holding high with BMM keywords converting at 30%+ for the small sampling that has been taken recently. 🙂 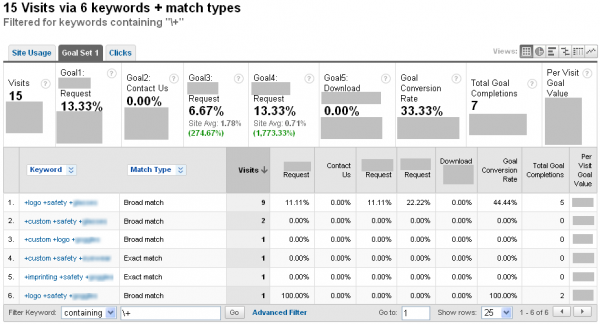 Goal conversion rates are not as good for non-BMM keywords, which are only converting at 10% for the small sampling that covers the same time period. 😐 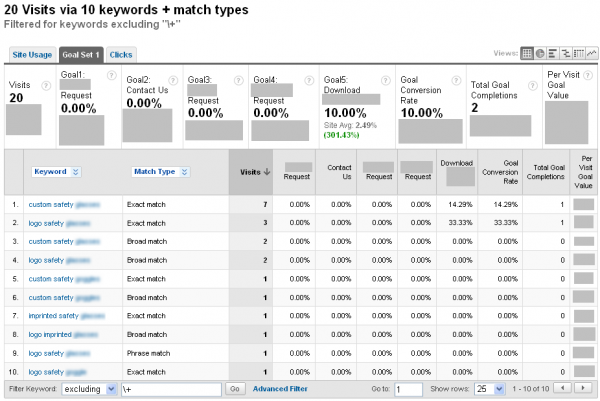 When we remove our BMM and highly targeted “Exact Match” keywords, and then analyze conversion rates for the remaining Expanded Broad Match and Phrase Match keywords, we encounter no conversions for the sampling that covers the same time period. 🙁 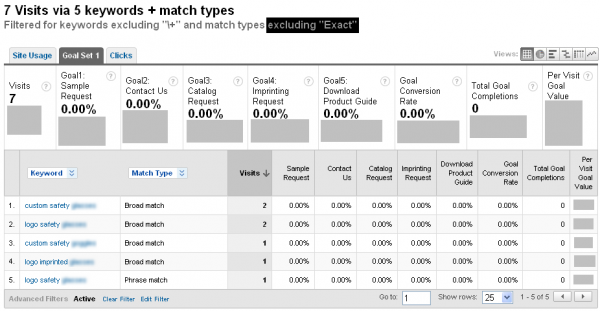 Broad and Phrase Matched Keywords Only

I am failry certain that results for each campaign and ad group will vary depending on volume of impressions and clicks, word length of search query string, competition and matching options, but current metrics point towards positive returns.

It is also worth noting that even though the Broad Match Modifier keyword targeting is currently only available to pay per click advertisers in the United Kingdom and Canada, BMM triggered ads are displaying on SERPs for searchers in US. This gives current Canadian and English advertisers a larger audience to test this matching on. 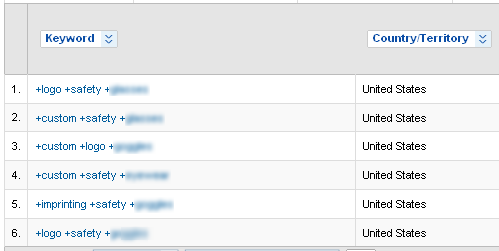 June 25th, 2010 Update: As of , where BMM was added to keywords for a US based campaign and visitors were generated for clicks matching search terms that are consistent with current expanded broad match results.

July 14th, 2010 Update: As of Today, Google AdWords has now expanded coverage of Broad Match Modifier and currently is Active for US PPC Advertisers.
Run, Run, Run and convert/add Modified Broad Matching to all of your broad keywords!

Modified Keyword Example Generated from a US Campaign:
Based on comparing this campaign’s BMM visits to past broad matched clicks, these results are consistent with keywords matched to Canadian campaigns that have been generating traffic from this new match type for the past few weeks. Whoo Hoo! 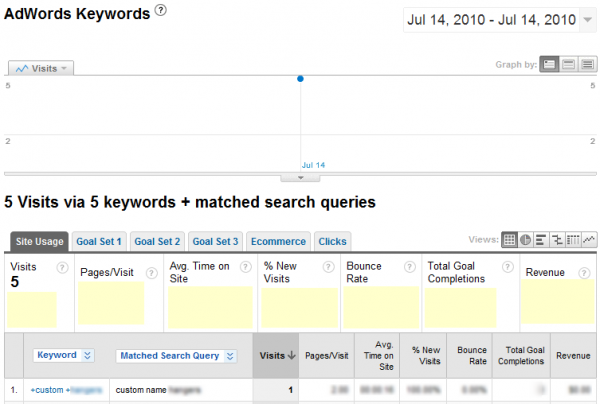 Do you have any additional AdWords PPC Targeting or Broad Match Modifier comments? Feel free to share your thoughts.