DMOZ 2.0 Rumored to Launch at End of March

There have been many reports and rumors about the forthcoming Open Directory Project overhaul, dubbed DMOZ 2.0, from as far back as March 2008. Recent info has hinted at the End of Q1. But just yesterday (Thu. Feb. 11th 2010), there was a strong rumor of a dmoz.org launch that might set one of the last days of March as the Full Launch date.

So what exactly is going to change with the launch of Dmoz 2.0?

Well I’m not really sure as exact details are a little fuzzy. So to find out more I decided to roam around the web and see what I would dig up. From what I could find, which was not much, it looks like this is going to be a complete overhaul of how the data is stored, accessed and presented. This update should allow the directory to evolve in a way that it never really has been able to. And since it has largely been in the same shape for the past 10 years, this can only be a good thing for the once mighty DMOZ.

Does this mean sites will get reviewed, approved and listed sooner?

The short answer is No. 2.0 does not currently appear to provide an update for submissions and editing.

But a deeper answer would be that this may lead to the development of additional tools that could help editors analyze websites and identify higher quality sites based on common non-dmoz data metrics, like say if the URL was also listed in the Yahoo Directory or Best of the Web.

This may also lead to more excitement among editors and spur increased editing time as well as more interest in people becoming new editors.

You never know how this will shake things up at the ODP. But I now have a reason to look forward to the end of March other than the melting of the 2 foot deep snow in my yard and the 4 foot long ice hanging from my roof. 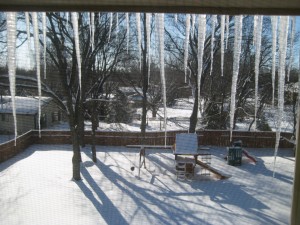 So what do you think about DMOZ 2.0? Is this really going to change things at the Open Directory? Feel free to share your thoughts.