At the OTLA Annual Convention 2011 - The Oregon Trial Lawyers Association

I recently had the privilege to speak at the Oregon Trial Lawyers Association (OTLA) 2011 Annual Convention in Bend, OR in a session titled “Using Social Media: Marketing and Messaging”. My dear friend Beth Bernard partnered me with David Sugerman, an attorney with a notable body of work practicing in Portland, Oregon.

We had great discussion that referenced many social media websites and features that can be highly beneficial to independent attorneys and large law firms alike. The following is a list of websites and resources referenced during the session that has been expanded to include additional items worth consideration for expanding and engaging an online audience.

A new Google AdWords combination headline has started to show up in recent PPC text ads for select queries. This new ad headline format is an even longer version of the extended headlines that include the ad’s first description line, and also contain the text ads display URL (domain name).

Google is either seeing a significant increase in clicks for ads in the top 3 positions with these new longer ad formats, or, depending on your conspiracy theory views, this is another step towards disguising their pay per click to look more like organic listings:)

The Google+ Plus Project

It was probably just a matter of time before someone tried to monetize Google’s +1 by selling them to webmasters either desperate for search engine attention or too naive to understand exactly the type of manipulation that Google frowns upon. In case you don’t quite understand what G considers a poor and manipulative practice, this is it.

This email came in through an old email address that I have not used in 2+ years, but check from time to time because 1 client still emails it when they can’t seem to find my current address. It is my first (the first?) unsolicited email from an, *ahem*, internet marketing company, selling +1’s for the express intent of adding algorithmic social media weight to search rankings. And for as little as $0.59 for each +1! 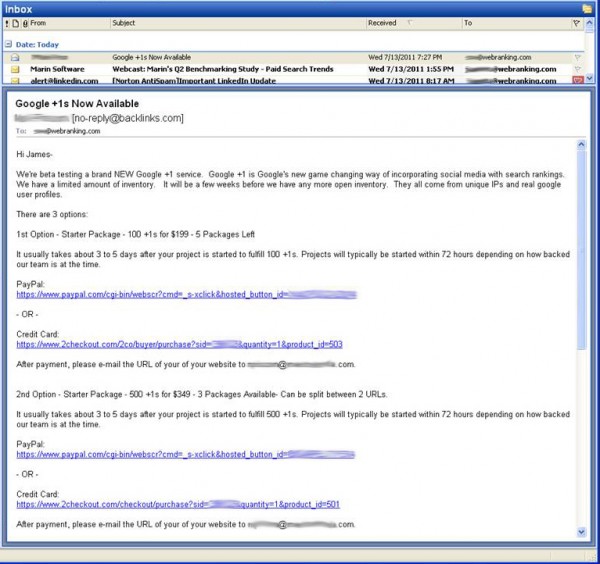 Here is the full email transcribed with identification data scrubbed.

In June of 2010, Google AdWords released their new keyword matching option called Broad Match Modifier. They did so without offering a simple or easy way for PPC advertising professionals to convert existing keywords to these new BMM versions.

Pay-Per-Click managers know that creating or converting keywords into BMM versions for Google AdWords can be a major pain in the @$$. You typically would have to either edit each keyword by hand or use a one of the existing keyword modifier tools. These tools would require you to copy your search term list into an excel spreadsheet or web-based form that would help to perform the modifications, then you would have to copy them back into AdWords or AdWords Editor. These are handy and have a couple of interesting features, but I’ve never found one that is as easy to use as the process I discovered almost by accident.

Seattle - It's Not Portland

I’ve got to be honest. I don’t LOVE Seattle.

Yeah, I know…weird, huh? I mean who doesn’t love Seattle?

Now don’t get me wrong, I “like” our big brother up North, but growing up in Portland, over the years you kind of get tired of being that “other city” in the Pacific Northwest.

Sour grapes? Sure, but it doesn’t help matters that the local Portland TV stations force feed us Mariners baseball in the summer and make us watch Sea Squawk football instead of giving us the better national match up on Sundays. I’m sorry, my allegiance is with the Blazers and the Timbers.

And besides, at least we still have an NBA team. (Ok, that was a bit harsh)

The new Google AdWords “Communication Ad Extensions” have started to appear in search results for limited queries and searchers. These new extensions provide additional options for searchers to contact the advertiser that go beyond the click. Surfers now have the option to Request Call or Request Email. Communication Extensions are intended to be a simple lead generation solution that helps connect potential clients and customers (searchers) with businesses (advertisers) right from the search engine result pages.

by Paul Kragthorpe | May 13th, 2011 | Posted in Social Media | Comments Off on Twitter is Down, But Only Kind Of

So I’m just sitting here, doing my job, when I think to myself, What does Twitter have in common with the Playstation Network? So, I go to Twitter to find the answer…it turns out, they have a LOT in common!

Now, I’m new to the whole Twitter scene, but let’s call a spade a spade. If I was running one of the most popular sites in the world, I think I would invest in some good infrastructure, so my site wouldn’t go down when people are simply posting 140 character comments. That’s just me.

But, I guess it was inevitable for Twitter to bite the dust once again. Money can only buy so much you know.

Well, what am I going to do now? Guess I’ll write my first blog post!

Continue Reading "Twitter is Down, But Only Kind Of" »
Apr 08

In a progressive and highly tactical move, Bing has added a small and significant Social feature to their home page: the Facebook “Like” button. 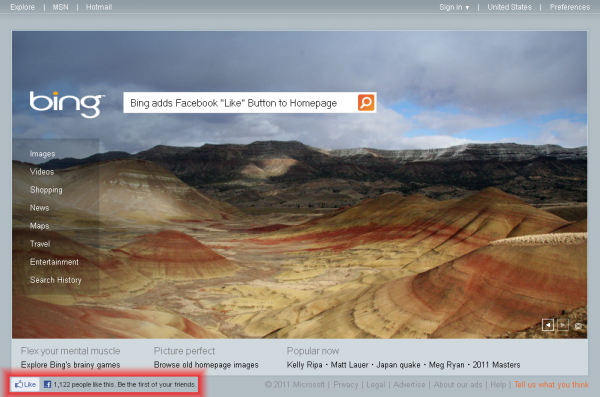 Bing is the first search engine to add the Like feature to their home page. In truth this is probably not even something that Google could do as they do not have any featured daily or consistently changing content that an audience would engage with. However, since Google and Bing have repeatedly tried to mimic the others features, it would not surprise me if Google did copy this implementation and use it for their occasional holiday and event homepage doodle logos.

Why is this Significant?

20 Takeaways from The Science of Timing Webinar #TimeSci

by Chris Lister | March 30th, 2011 | Posted in Social Media | Comments Off on 20 Takeaways from The Science of Timing Webinar #TimeSci 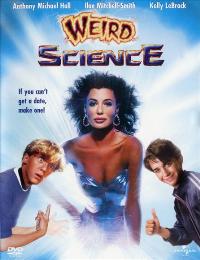 “From my heart and from my hands, why don’t people understand, my intentions….”

I’ve always had an affinity for science. At a very young age I owned a microscope and a junior science kit from which I conducted ground breaking research into boogers, dead bugs and saliva. 2nd graders across this country are still reaping the benefiting from my saliva to spit wad ratio theory.

For Christmas one year my prized gift was a telescope, which opened up this young child’s mind to an entirely new and amazing world of planets, stars, solar systems, Uranus jokes, and the dressing (or should I say undressing) habits of the cute girl down the block who I had a serious crush on.

Thinking back, these early forays into science might help to explain my devotion to the movie Weird Science and my serious intention to build my very own Super Model through the use of technology, a little gumption and yep, you guessed it: Science.

Today I still like music of Oingo Boingo and Thomas Dolby, have the Science Channel as a Favorite on the cable remote control, and frequently answer the question, “What dead historical person would you most like to meet?” with Asimov, Einstein, Sagan and Newton.

“Hello, my name is Chris Lister and I’m a science geek.”

Today’s post is day 8 of the 31 day Bing Challenge, where I’ve completely cut myself off from Google, to focus on Bing, for the entire month of March, 2011. Since I’m examining Bing’s search tools, features and options this week, I decided to spend today taking a look at the “Narrow By Date” search tool. So far, 8 days down and only 23 more to go.

Often when I am researching a trending topic, I will use a search feature like Bing’s Narrow By Date filter options to find content that is more current. This helps save time in reviewing posts and articles that may contain info that is no longer accurate.

This is not a search tool that is unique to Bing, but it has a few aspects that make different.